Kitchen Mania is thrilled to have been mentioned in Vanessa Rehm's latest blog post about her dream kitchen reveal!!

Vanessa says the following of her experience with Kitchen Mania:

"During this period, I started to look into kitchen companies around Auckland to determine who to use for our kitchen renovation. I was aware that my requirements and wish-list were very much American/Pinterest influenced and I was quite specific about what I wanted (particularly where my scullery layout was concerned). I was also very aware of our budget and that customisation adds a lot of extra cost. I talked to friends and acquaintances who had recently done their kitchens and got recommendations wherever I could. I met with a few different kitchen designer/manufacturers and walked through their processes with them – and eventually had plans drawn up by four businesses in total.

HOW DID I DECIDE WHAT COMPANY TO GO WITH?

In the end, the decision for me was made simple by the company and consultant who was the most understanding of my vision, the most thorough in his design and actually the only one who came to my home and measured up at our very first appointment. Despite the extra attention to detail, I was surprised to find their pricing cheaper than all the other companies I was until that point dealing with.

My experience with Kitchen Mania was smooth and seamless from woe to go. Viran was the first person from Kitchen Mania that I was introduced to and he was amazing at getting my vision, drawing up my dream kitchen and making suggestions on how to achieve my wishes while keeping the budget in check right from the first contact. He was helpful but not pushy and very, very thorough. That was the word that kept coming to me throughout the entire process. And while I initially thought it was just him, I realised as I moved from design to post sales and through the well oiled machine of Kitchen Mania that this was just how their system and processes worked. And boy did it work. I felt so well looked after through the entire process which was in stark contrast to the drama filled days I was having where pretty much every other aspect of our project was concerned." 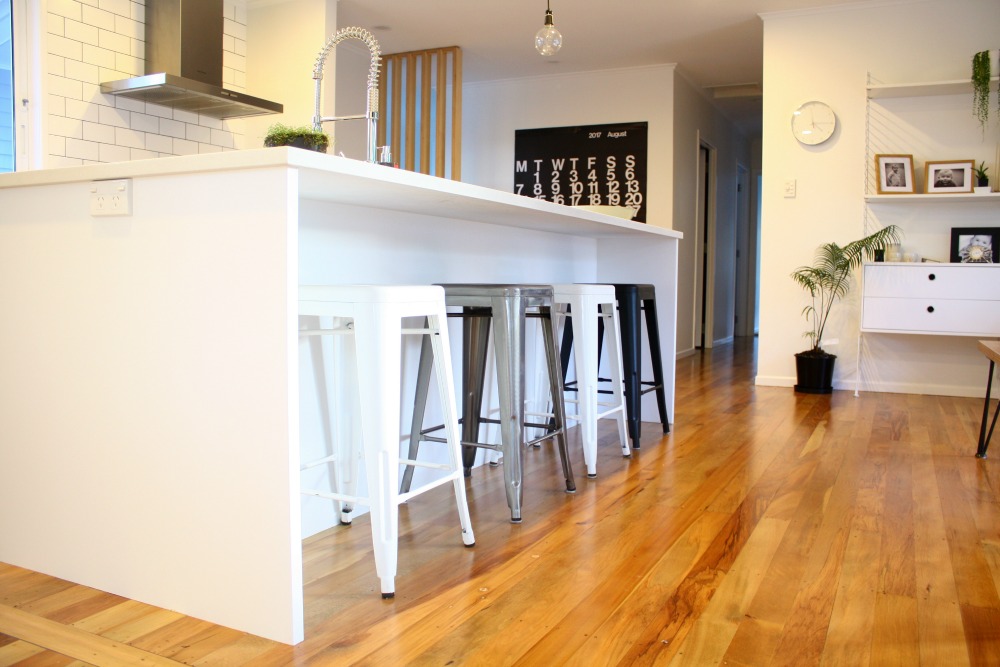 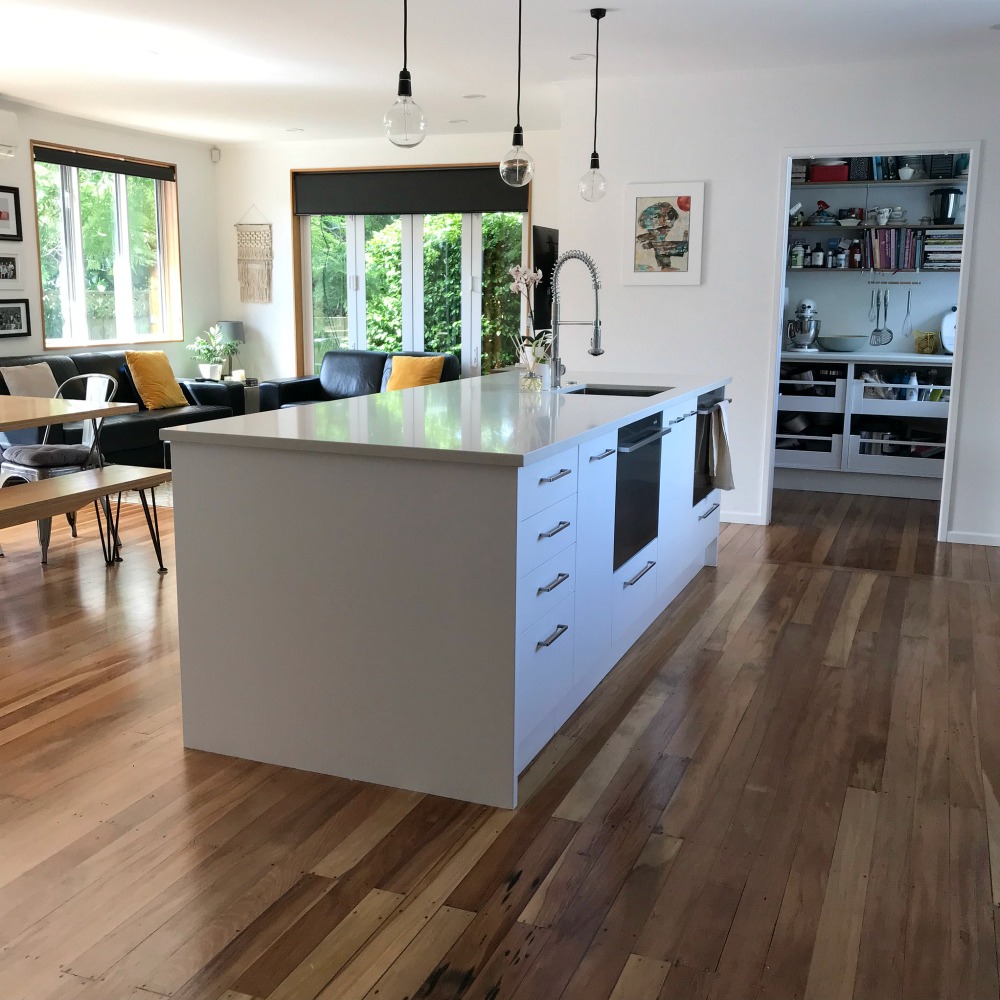 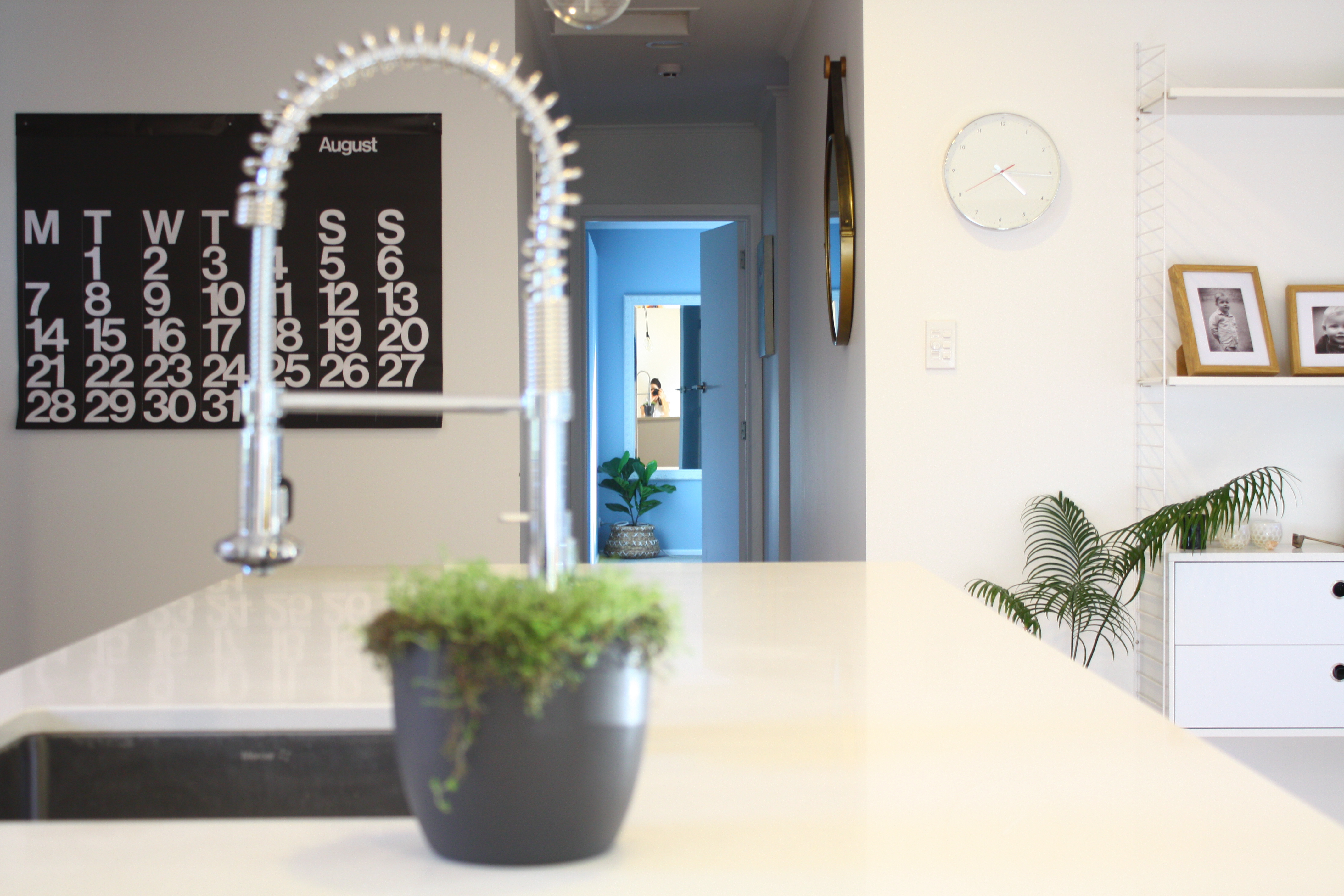 Vanessa's kitchen features a stunning white engineered stone bench top on white cabinetry to give the kitchen a light and clean feel. The main kitchen has a stunning goose neck tap from Methven. The Fisher and Paykel appliances were sourced by Vanessa. The scullery features soft close pullout drawers from Blum and a white Formica bench top.

For more information about Vanessa's dream kitchen renovation and to read the full blog post (a good read with lots of tips and tricks if you're thinking about renovating your kitchen) please visit http://vanessarehm.com/2018/02/give-dream-kitchen/